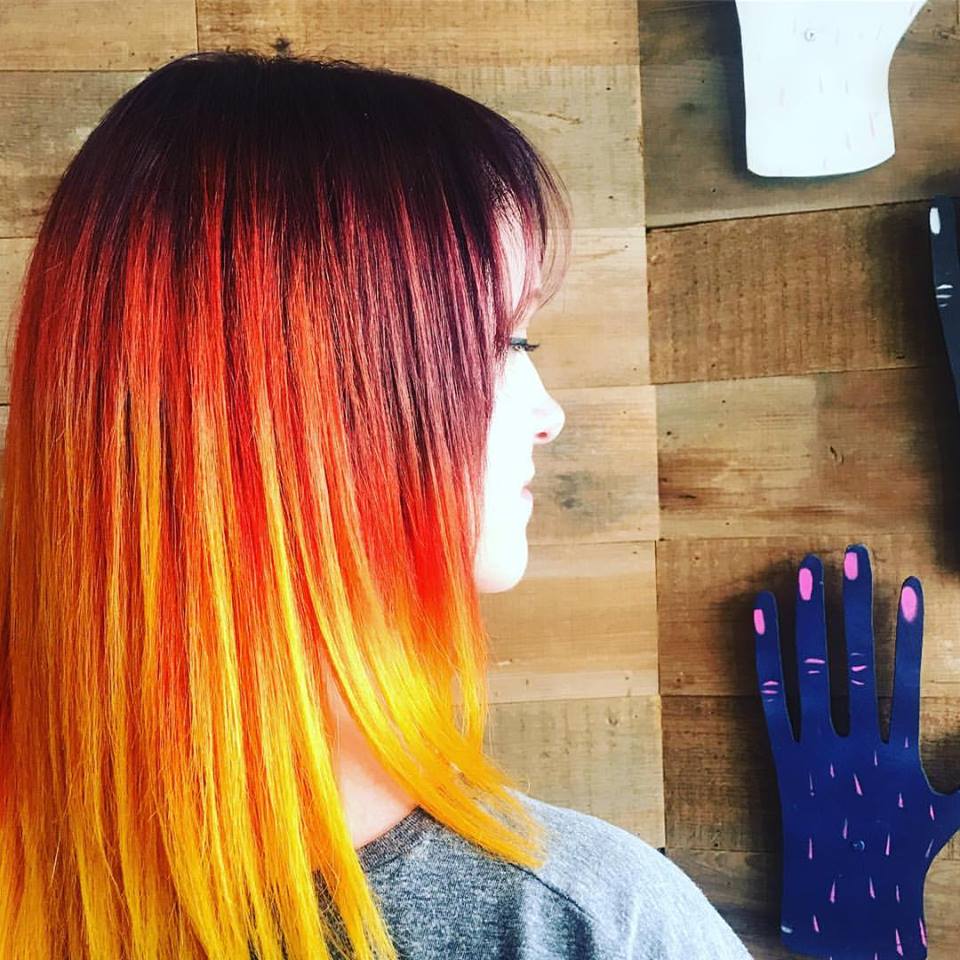 Hopefully you know by now, but if not, my name is Dana (pronounced Day-nuh). I am a designer/painter/cat lover/history enthusiast/millennial that generally loves to create stuff. Yes, if you really have to ask, that is my natural hair color 😜

Born in Austin, TX, but raised in Omaha, NE, I’ve been a midwesterner for almost all my life. My decision to go into an art career was made sometime in middle school, but drawing and painting has always been a constant throughout my early years. After graduating from Bennington High School (where I was well known as the art kid of the class), I continued my education at the University of Nebraska – Lincoln.

During my four-and-a-half years there, my time was filled with both graphic design and studio art classes, with a dash of honors classes, mingling between the art and journalism schools for a well-rounded experience. During my senior year, I was an Art Director in UNL’s NSAC 2012 team, whose work for Nissan won the national competition in Austin (UNL’s first national win!) and went on to receive 3 gold ADDYs in 2013.

Also during my time as a student, I interned with Bailey Lauerman as part of the very first Bailey Lauerman Experience in 2011 as the only undergrad and only person who hadn’t been through the gamut of advertising classes (intimidating at first, but all awesome after). After that, I was a full-time design intern for summer/fall semester at (the now-defunct) Local Hero Design in Lincoln, NE, where I learned of not only further skills in print and web design, but also animating in After Effects for some fun promo videos.

In December 2012, I graduated from the Fine Arts program with a BFA, emphasis in Graphic Design, and left the capital city to go back to Omaha.

I began my professional career with Rebel Interactive as their primary designer, while also building up freelance projects in both art and design. After three years, I moved on to become the Art Department Manager at Identity Marketing, where I make anything from WordPress websites, brochures, ads, custom packaging, decals, logos, brands…in sum, almost any marketing material you could want.

Don’t worry – art stuff still happens when I’m not at the day job! You may also find me volunteering at Felius, Omaha’s first and only cat café and rescue.

If that backstory wasn’t enough and you want to know more, shoot me a message!